Guy started playing tennis at the age of 7. As a junior he trained in the UK and France before turning pro at 18. He is an LTA Tutor and Assessor and has been coaching for over 30 years. During this time he has travelled extensively working across all aspects of the industry, including coaching athletes to National Championship titles and achieving ATP/WTA World Rankings.

Ann coordinates all our Coach Education courses and Tennis competitions at the Centre. She is an LTA DBS verifier and also our Welfare officer. Ann has a wealth of tennis knowledge having worked for the LTA for 8 years as Cornwall’s Country administrator. Over the years she has forged a great rapport with colleagues and friends within the tennis world. Finn graduated in 2018 with a BEng(Hons) in Environmental Engineering. As a junior he was on the LTA National Performance Pathway and currently works with our BUCS teams and some of our most talented juniors. He is an LTA Level 4 Accredited+ Coach. Katie graduated from Nottingham Trent University in 2020 with an honours degree in Politics and International Relations. She has played tennis since the age of 5 and was coached by her mum Sue who played professionally and competed at Wimbledon.

Currently Katie works with our Women’s Teams and on the Exeter Tennis Centre Community programme. She is an LTA Level 3 Accredited+ Coach. Born in South Africa, Grant had a wild upbringing on a game reserve in the Greater Kruger National Park where he encountered a very different way of life. His tennis talent was first discovered by Coach Ian Anderson when visiting Johannesburg at the age of 8. As a junior he competed in South African Tennis Union events and this eventually led to a career in coaching. 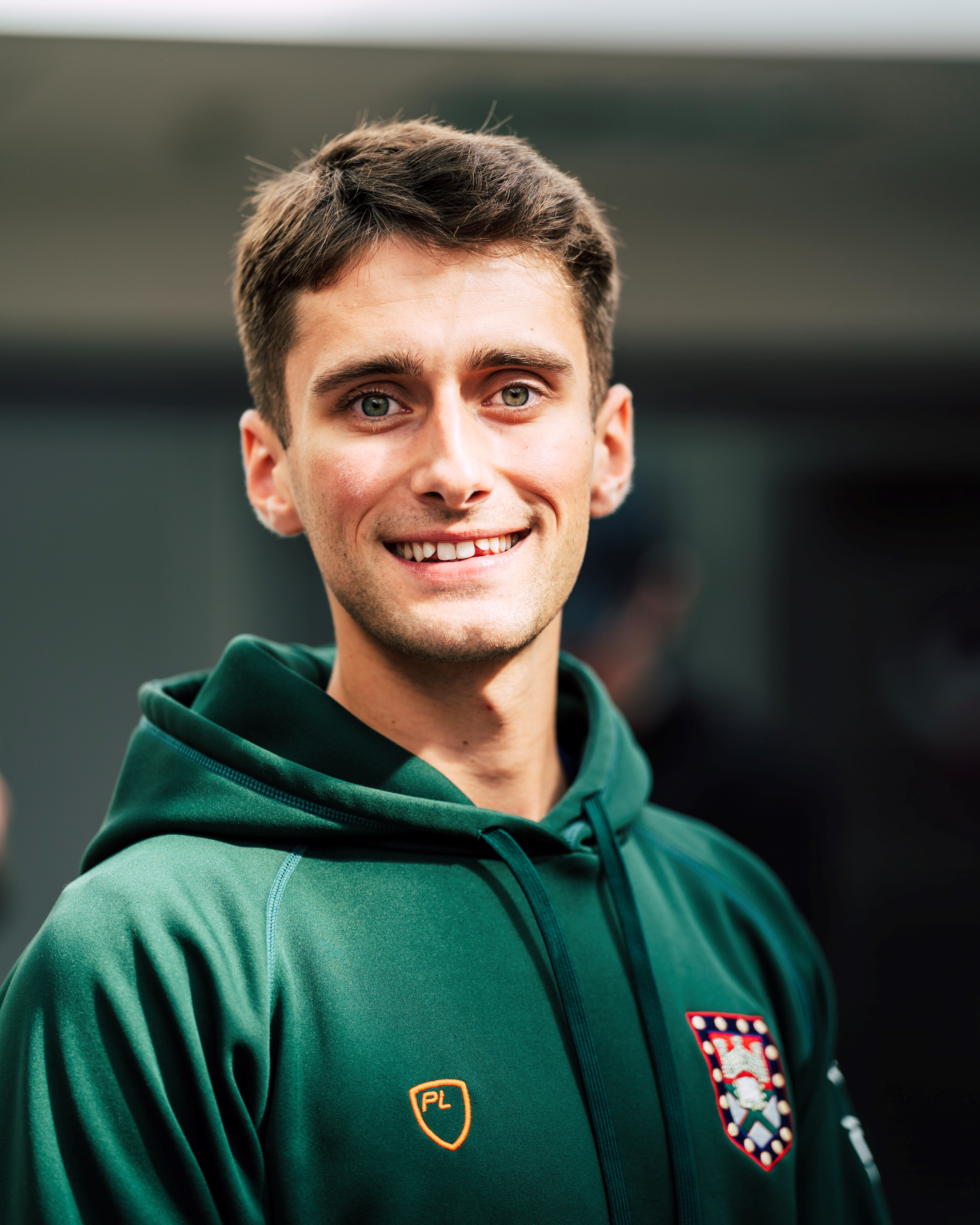 Oshi graduated in 2020 with a BSC(Hons) in Sports Science.

As a junior, he was on the LTA National Performance Player Pathway, consistently ranked inside the Top 10 in the country and won the British Clay Court James graduated from Exeter in 2022 with a masters in Electronic Engineering. James has been part of Exeter University tennis club for 4 years representing the club in both development and BUCS matches. In the 2021/2022 academic year James was the university tennis club captain, helping to oversee the running of the record 1200 member club and receiving national recognition from the LTA and BUCS. Throughout this year James took on a lead role in coaching beginners, intermediate, advanced and development along with our popular cardio sessions.

He is now the Sport president of the university helping coordinate the running of 52 sports clubs.

Before coming to Exeter to study medicine, Nick was a full-time coach at Canterbury tennis academy, where he was working with County/National standard juniors. At the Centre, Nick coaches a range of ages and abilities from Mini Tennis to AASE performance players to Adult group sessions.

Nick is also one of the lead coaches for the University Student Tennis Club. He also represents the University BUCS teams as a committed member of the 2nd team and on occasion representing the 1st team.