**If you are interested in competing within one of our Performance Sports, please complete the attached form **

The University of Exeter Sailing club has enjoyed success in recent years through a number of the sailing disciplines. In the 2018-2019 BUCS season University of Exeter were the number 1 ranked institution for sailing in the UK and won BUCS Gold in Yachting, Fleet and Team Racing as well as BUCS silver in the Match Racing Championships. 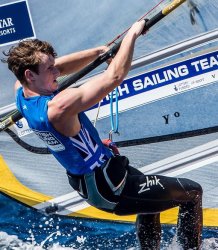 Kieran is currently part of the British Sailing team and is a full time athlete, hoping to make the GB team for the Tokyo 2020 Olympics. Having been hugely successful at youth level Kieran won the Techno 293 World Championships at U15 and U17 age groups before going on to win the Youth World Championships in the RS:X class. He studied BEng Mechanical Engineering at University of Exeter and was a Sports Scholar throughout his time at University. Whilst at Exeter Kieran also won BUCS Gold in the BUCS Windsurfing Championships. 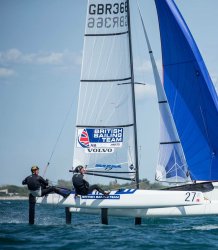 “The sports scholarship scheme has provided me with support to supplement my studies alongside my sporting goals. I will continue working towards my degree next year on a part time basis in order to allow me to focus more time on sailing and my goal of going to Tokyo 2020. Therefore the sports scholarship scheme would help me by continuing to provide support financially and with my physical development, both of which are key for me to put together a successful Olympic campaign” 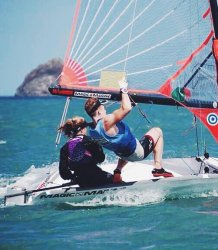 “Over the year, I’ve been able to balance my sailing life and work very well, I’m currently on for a 2:1 this year and hope to achieve the same if not better next year. In sailing I’ve been able to achieve my goals by moving up to the next level of support in the British sailing team, I’m now named on the official world class sailing program for the British sailing team after achieving 2nd at the U23 Europeans. The support from the HPP both financially and physically this year has been immense and is definitely a factor that has led to my success” 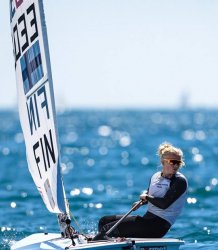 Monika is currently part of the Finnish Olympic Sailing Team, competing in the women’s single-handed Olympic class, the Laser Radial. She started sailing in the optimist dinghy and qualified to represent Finland at multiple World and European Championships. After turning 15, she moved to Laser 4.7 and eventually to her current class of the Laser Radial. Since moving to Radial, Monika has won three junior World and two European Championships. She has won multiple Senior World Cup medals and has held a world ranking of 4th. In 2018 Monika finished 4th at the World Championships qualifying Finland to the Olympic Games in Tokyo 2020.

David 'Freddie' Carr (Sport and Health Sciences, 2004) is currently training for the 2021 America's Cup with Sir Ben Ainslie's INEOS Team. He has competed in four America's Cups; racked up an impressive eight podium finishes from 12 America’s Cup World Series (ACWS) events, including three event wins; and competed in five Extreme Sailing Series where he was crowned champion in 2009.

"Having a scholarship made a big difference to me. I was sailing for the BUSA (British Universities Sailing Association) national team which meant a lot of travel, including overseas. The cost of traveling to compete racks up quickly and the scholarship helped to cover this, meaning I could represent my university and my country. This included winning the inaugural World University Sailing Championship in 2002 (worth noting that of the five crew members in the GB team, three were from Exeter). 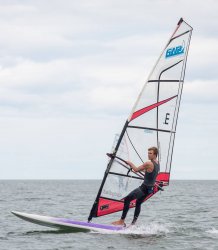 Matt studied BSc Exercise and Sport Sciences whilst at Exeter and was a Sports Scholar and part of the Talented Athlete Scholarship Scheme (TASS). He was heavily involved with the University Sailing Club throughout his time at Exeter and held the position of commodore in his final year. Matt also competed for the University in BUCS and won BUCS Gold in the Windsurfing Championships. Following graduation Matt has pursued windsurfing full time as part of the RS:X squad with the British Sailing team. 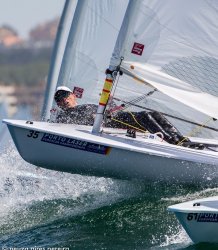 "My interest in sailing was originally sparked by the feeling that taking to the water with my friends gave me, messing about and racing my friends with total freedom was very rewarding at a young age. My competitiveness in the sport also started early and I remember watching the Olympics imagining what it would be like to compete there. My scholarship made a huge impact to my studies and Olympic campaigning while at Exeter. It’s not just the financial support but the support network that having the scholarship provided. From the University helping to balance studies and competing to providing world class strength and conditioning support I have no doubt that it helped accelerate my career while also allowing me to graduate. The highlights of my career so far have to be winning the World Championships back to back along with the European Championship and competing at the Rio Olympic Games". 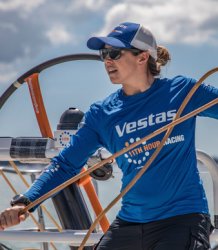 "Growing up in Warsash, on the Hamble River I was introduced to sailing at an early age and from my first racing experience aged 9 I was hooked. During the Sydney Olympics in 2000, I decided I wanted to try and win an Olympic Medal. Being a sports scholar during my time at Exeter, the support I received from the University was invaluable in so many ways and it was great to be surrounded by other like-minded people who were splitting their time between studying and training/competing. My career highlight so far would have to be either winning a Silver Medal at the Nacra 17 World Championships or winning a leg of the Volvo Ocean Race but I hope that the best is still to come!" 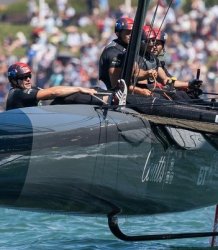