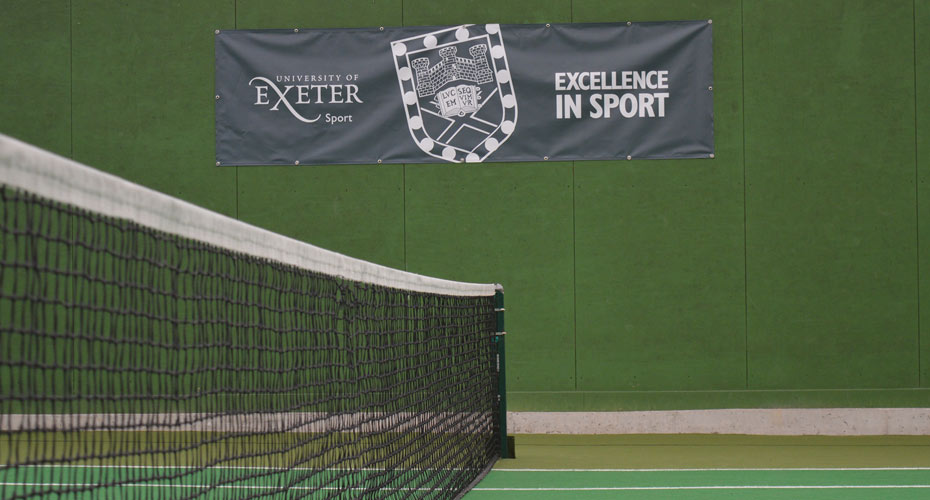 The University of Exeter is one of only nine LTA Accredited Coach Development Centre’s in the UK.

The network of CDCs sits at the heart of a new delivery model for tennis coach education that will be in place from 2021. The new model will enable greater quality control, deliver consistency in coach education and make best use of expertise in local environments across the country.

Each CDC has exclusive responsibility to service a cluster of counties in England in delivering LTA Qualifications and LTA CPD, with Tennis Wales and Tennis Scotland delivering coach education in their respective devolved nation, allowing the development of needs based, robust, and localised workforce development plans. They will operate a ‘Hub & Satellite’ structure of venues across their area of responsibility, providing dedicated support to service the needs of the local workforce, and enable closer links to deployment opportunities at a regional level.

The new delivery model for coach education forms part of the LTA’s Coach Development and Support strategy, which aims to engage coaches with world class development and support opportunities, so they can achieve their potential as a coach, and deliver enjoyable on-court experiences for all. It supports the LTA’s vision to open tennis up to many more people and its work to make tennis relevant, accessible, welcoming and enjoyable to anyone.

The LTA Level 1 Coach Assistant Qualification is an introduction to tennis coaching, aimed at learners who are enthusiastic about tennis and want to become involved in delivering Mini Tennis. You will learn how to motivate and inspire players, organise safe sessions and have an understanding of the LTS Mini Tennis structure. The Level 1 course is 100% court-based, and all activities within the course take place either on court or at court side. Please note you must be at least 16 years of age to enrol on this course and have a satisfactory enhanced LTA Criminal Records Bureau disclosure within the last 12 months, this can be obtained from the course providers. Tennis Coach Education informatino is available to download as a PDF. Tennis Coach Education Dates are also avaiilable and the Tennis Student Coach brochure as PDF's.

The LTA Level 2 Coach Assistant Qualification is aimed at tennis coaching assistants who want to improve their coaching skills and be able to work with groups of beginners on their own under the umbrella programmes of a licensed coach. The course will build on the skills learnt on the Level 1 Award in Coaching Tennis (QCF) and will expand knowledge of working with groups of players in different environments. The focus is on running short-format competitions that will allow beginners to enjoy competing. Please note you must be over 16 years of age and you must hold the following qualifications; Level 1 Coach Assistant Qualification or LTA Tennis Assistants or a 1st4Sport Level 2 qualification in another sport, you must be LTA accredited or hold a LTA DBS which is less than 12 months old. You must also a first aid qualification.

The LTA Level 3 Coach Qualification is for people who want to work full time within the tennis coaching profession. On successful completion of the coach qualification candidates will be able to coach beginners and improvers in groups and as individuals, understand the basics of business management, and understand the competitive structure in the UK. Manage the work of level 1 and 2 coaching assistants. The course is over 14 days split into 4 modules of 3 days each and 2 assessment days. There will be a gap between modules to allow coaches to experience 27 hours of coaching on before moving through the course. Candidates must attend and pass all modules on the course to be successful.

To be eligible candidates will need to; hold the Level 2 Coaching Assistant Qualification, be LTA registered, or have an enhanced DBS check, have (or have had) a rating of 6.1 or play-test-grade of 1 and hold a valid First Aid Certificate.

The Level 4 Senior Club Coach qualification is aimed at coaches who will either be managing a section of a commercial club or running a team of coaches in a park or a members' club. On successful completion of the senior club coach qualification coaches will be able to manage a team of coaches, work effectively with tennis participants from mini tennis red to adult competition, understand advanced tactical and technical skills. The course is split into 17 days with modules and assessment days, candidates must attend and pass all modules to be successful. To be eligible candidate must hold the Level 3 Club Coach, performance coach, DCA or a non LTA qualification awarded with NVQ Level 2 in Coaching Teaching.

To find our more about our upcoming courses, please head to the LTA Website or conversely, please contact our LTA Coach Development Centre Co-ordinator Ann Williams.

Lorraine is an LTA Level 5 Performance Coach and also a highly experienced LTA Master Coach Education Tutor and has been tutoring for the LTA for over twenty years at all levels.

She has also been a tennis coach for over 30 years and was the head coach at the East Gloucestershire Tennis Club for 19 of them where she ran the very successful Lorraine Ristic School of Tennis before moving to Painswick Lawn Tennis Club where she established the Painswick Tennis Academy. There she produced players of all levels including most notably Alicia Barnett. She maintains very passionately that it is important to coach and teach our wonderful game alongside tutoring as there is always still so much to learn and it is this on court work that keeps her fresh and open to new ideas.

Prior to her coaching and coach education Lorraine played tennis professionally from the age of 21 and retired at 26 but continued to play to a high level since then and has represented Great Britain at all age groups in the Seniors World Team Championships from 35 to 55.

Guy is Head Coach of the University of Exeter Performance Programme and an LTA Coach Education Tutor and Assessor.

He started playing tennis at the age of 7. As a junior he trained and competed in the UK and France before turning Pro at 18. He has been coaching for over 30 years and during this time has travelled extensively and worked across all aspects of the industry.

Isla is a Coach Education Tutor and Assessor and has worked in Tennis & Fitness for over 20 years. Soon after qualifying as a tutor she became a Cardio Tennis Global Trainer and has recently certified as one of 3 Racquet Fit practitioners in the UK (tennis specific screening system).

As a tutor Isla has been involved in many exciting projects and opportunities including delivering qualifications 1, 2 and 3, Tennis For Kids campaigns, LTA coach forums, LTA Youth trainings days and webinars and Ball Kid training for the ATP Finals. She has also written Yogi Tennis and more recently been commissioned to contribute her knowledge towards the LTA coach education pathway. Over the years Isla has also presented at both the LTA National Coaches Conference and the Devon and Cornwall Coaches Conference.

Isla has a huge passion for yoga and is a qualified teacher in 4 different styles. Her main interest lies within the benefits of yoga for athletes and coaches alike.

When Isla’s not on the tennis court she will be spending time with her family and husky. Most likely on the beach and if the conditions are good, on her SUP.

Jon is a professional, committed LTA Level 5 Tennis Coach and LTA Tutor who attained a Sports and Exercise Science degree from the University of Bath. He is qualified to teach and mentor students, players and coaches. His experience and skill set span Junior and Adult Tennis Coaching from Development through to Performance.

He is currently the Racquets Manager at David Lloyd Poole and within his role he coaches players of all ages. Jon has competed Nationally & Internationally from Under 16 through to Over 35 level.

Ashley is an LTA Senior Performance Coach, currently running a coaching programme at The Avenue Lawn Tennis Club in Havant. Since playing tennis full time and competing on the British Tour Circuit and in Junior ITF events, Ashley has been a coach for over 15 years. He has taken players from the age of 5 to become National Champions and has worked with players of every age and stage including National VI tennis players.

In 2010, Ashley won the Darren Toop UK Young Coach of the Year award. In 2017, he won the LTA UK Coach of the Year and in 2020 the Peter Grinyer Innovation Award for keeping tennis players active through lockdown with ‘The Tennis Mentor’ social media channels.

My background is in the sport and leisure industry, where I have over 10 years' experience in supervisory and managerial roles. Whilst working in the Sports Department at the University of Exeter, I became a Trainer/Assessor for the Royal Lifesaving Society, which meant that I could train and assess various First Aid and lifesaving qualifications and also deliver staff training.

Since 2016, I have been a lecturer at Exeter College; where I lecture on Leadership and Management courses. I have maintained my interest in First Aid provision and in addition to my role at Exeter College, I run my own business teaching and assessing First Aid and lifesaving and regularly deliver courses for the University of Exeter. 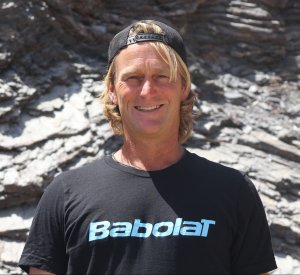 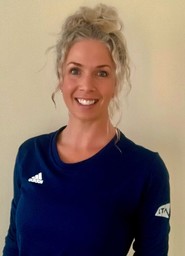 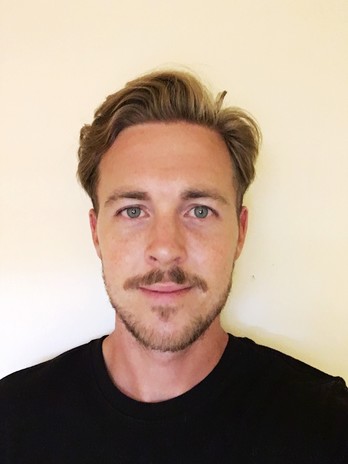