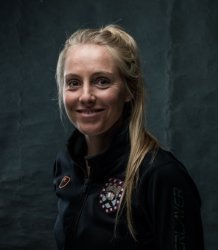 As High Performance Coordinator Nicky leads in the organisation of support services for athletes on the University’s High Performance Programme and also coordinates the core services for TASS athletes as the TASS Athlete Coordinator. These services include physio triage, video analysis, sports science support and employability workshops. She also offers lifestyle mentoring to both Sports Scholars and TASS athletes.

As Sports Scholarship & Recruitment Officer at Exeter, Matt supports the Performance Programme by leading on initiatives to bring high level athletes into the performance sports and, if of international level, provide financial support as well as access to wider support services. Matt’s role extends to providing performance lifestyle mentoring to sport scholars and TASS athletes based at the university. Matt is a qualified TALS (Level 3) Lifestyle Advisor, with a keen interest in the demands of a dual-career athlete in higher education.

Known to colleagues and clients as “Beef”, Alan has worked for the University for almost 25 years, and became a Strength and Conditioning Coach in 2005. Alan has been working for the University of Exeter for over 20 years, joining the High Performance Unit in 2005. His expert knowledge has led him to sit on the National Advisory Group for Strength and Conditioning and deliver services on behalf of the English Institute of Sport (EIS) and Talented Athlete Scholarship Scheme (TASS). A UKSCA accredited Strength and conditioning coach, Alan has worked with such athletes as Tom Daley (World Diving Champion and Olympic Bronze medallist) and Nick Thompson (GB Sailing Gold Medallist).

"My role involves movement assessments, injury rehabilitation and sports psychology, as well as advising athletes on lifestyle, diet, nutrition and coaching. I get to work with athletes competing in a wide variety of sports - from Hockey to Rugby, Triathlon to Netball and Tennis to Wheelchair Rugby. It is a constantly evolving role which is both challenging and hugely enjoyable. As for the best part of the job, it's great to see a young 18 year old fresher transform into an athletic 21 year old that has succeeded with both their academic degree and their sport at Exeter. I don't know of many similar programmes in the UK that offer such a complete package for such a high number of athletes. This year we are delivering to over 300 athletes across more than a dozen sports that compete in the BUCS (British Universities and Colleges Sport) competitions. The vision for the programme is to develop our athletes and teams into BUCS contenders, whilst offering student athletes an experience as close to professional sport as possible, and through this further enhance their overall student experience."

"Our primary role as Strength and Conditioning Coaches is to reduce injury prevalence, and improve physical performance. This involves improving numerous qualities from strength and power, to movement quality and efficiency. We also have to make sure our athletes are of the required level of fitness to compete. The high performance programme here at Exeter will rival that of many professional clubs. We may be an educational establishment, but we expect nothing short of excellence. We treat our athletes as professionals and they are expected to act that way. In return they get four coaches with a wealth of experience and knowledge, as well as a facility well equipped to achieve everything required of them. The ADC is a fantastic facility and is always progressing, and moving forward. The facilities we have are already of a high standard and they will only get better. As coaches, having this facility allows us to give an extremely high level of service within the High Performance programme."

PJ (Patrick John) has worked in a number of high performance environments around the world. This includes assisting athletes in the USA in the NFL, NHL, NBA and NCAA in Phoenix, Arizona to Columbus, Ohio assisting with the physical preparation of weightlifters, MMA athletes in the UFC and university athletes at The Ohio State University.

PJ initially joined Exeter as an MSc Sport and Health Sciences Student. As a student PJ completed a Strength and Conditioning (S&C) work placement with the Performance team before gaining a GBP position upon graduation. Passionate about S&C, PJ enjoys the opportunity it provides to physically develop individual athletes as well as the chance to work with squads. Currently he is leading on the netball and men's hockey programmes and also delivers to Team Bath Netball hub and Academy and is the S&C coach for Western Storm (Women's Cricket Super League).